Your Home, Your Way: How Maplewood Park Place and an Award-Winning Interior Design Partner Help Create Your Ideal Space 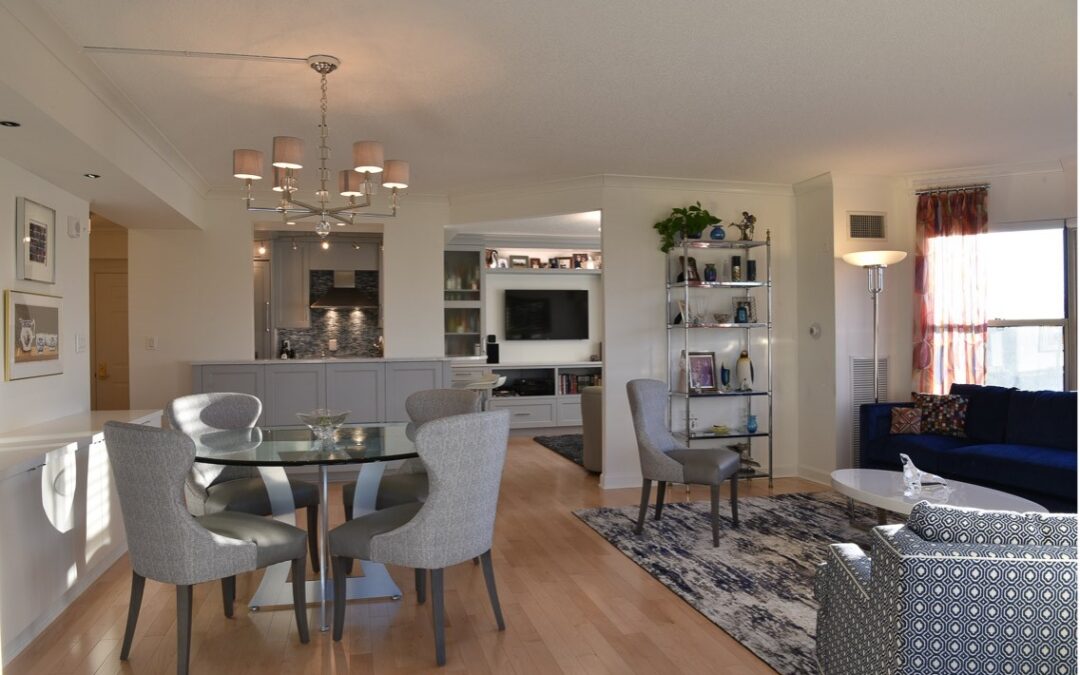 You’ve worked hard to get where you are, and now you have options. As you consider the possibilities for where this exciting next step will take you, one thing becomes abundantly clear: Now is not the time to settle. So, why be restricted to the limited home design and customization options at other retirement communities in DC?

Your new space should be a blank canvas: yours on which to impart your personal style, preferences, and attitude. That way, every day—while you’re not out enjoying the buzzing broader community—you’re delighted with every minute spent in your new home.

This is exactly the experience that Maplewood Park Place in Bethesda offers. Here’s how.

The uncommon opportunity of ownership

You may already be familiar with how Maplewood Park Place differentiates itself from other senior living communities in the DC area. In short, members of this tight-knit co-op community own their own homes and participate in its governance. All owner residents have the full opportunity to customize their homes just like they would customize a stand-alone house. Don’t forget the long-term tax and investment advantages of this distinctive home ownership arrangement as well.

Furthermore, because Maplewood’s home designs are so desirable as they stand, many owner residents opt to forego customizations and move in right away, knowing they have the opportunity to reshape their space later as they see fit. Regardless of your preference, if you want to turn your canvas into a masterpiece, Maplewood offers the partnership and possibilities to make it so.

The award-winning designer in your corner

While viewing a new home as a blank canvas, Maplewood Park Place also understands that not everyone is an artist. For those who would like professional guidance, the community has an ongoing partnership with one of the DC area’s top residential interior designers: Sydnye Pettengill.

Through her work with several Maplewood owner residents, Sydnye has become the interior designer of choice for co-op members who want to redesign their homes, whether before or after moving in. And even though people living here can choose any designer or contractor, just as they would for any home project, they gravitate toward Sydnye for distinct reasons.

One reason is her experience. Although Sydnye has been a practicing member of the American Society of Interior Designers (ASID) for more than 40 years, she says she got her true start as an interior designer at the ripe age of 12. She spent time “looking at design magazines and organizing my spaces,” she said, while most of her classmates were more focused on traditional pre-teen pursuits.

In high school, she was one of the only females in mechanical drawing and drafting class, and she continued on the interior design path at the Rochester Institute of Technology. In college, Sydnye honed her skills by studying abroad in London and learning European perspectives on design.

Today, she notes her approach to each project as a factor that has produced successful, functional, and aesthetically pleasing results.

“First, you have to listen to your client,” Sydnye said. “Unfortunately, this is rare in the interior design world because many designers just focus on creating the space. What’s important to me is the occupant’s comfort and his or her appreciation of the aesthetics. I’m also very much project management-oriented, so time, budget, and communication with the team are key. I consider myself the ‘conductor of the orchestra.’”

Putting all that into practice here at Maplewood, Sydnye has applied her design philosophies and hands-on approach to residential spaces in ways that help them be seen in an entirely new light—literally.

“Lighting is so important to me,” Sydnye said. “If you can create an aesthetic as a designer but it is not lit properly for beauty and function for the occupant, then you’ve failed.”

It’s fair to say that her designs do not fail. In fact, the first Maplewood residence Sydnye helped redesign was the one that earned the 2021 ASID Washington Metro Chapter Design Excellence Award for a private living space.

The examples of totally transformed spaces

Sydnye’s design of Paul and Sally Schlein’s residence at Maplewood was the winner of the ASID award. She mentioned that she met with the couple beforehand to discuss their vision for the space.

“They were considering renovating and made a list of many of their desires and needs,” Sydnye said. “I set off to come up with proposals and designs based on their existing home and the knowledge that they wanted a fresh, contemporary look.

“The kitchen was a focus, as Mrs. Schlein does a lot of cooking and wants to be able to interact with guests while doing so. We opened and brightened the kitchen to make it a better space for interaction. We also made contemporary updates to the bathrooms and changed the den into a functional home office ‘flex space,’” Sydnye explained.

Aside from the room-specific changes, Sydnye and her team also made broader changes to the home’s paint, wall coverings, flooring, and tile, with the goal of making everything much brighter. It’s easy to see Sydnye’s philosophy on lighting shine through in the Schleins’ home.

The photos speak for themselves, and it’s an impressive transformation, for sure!

Sydnye clarified that flexibility is a key aspect of any renovation at Maplewood.

“I don’t have to renovate the whole space,” she said. “I am in tune with working with what people have. It’s a fun challenge to see what people have—whether it’s timelines, budgets, or elements like art collections or heirloom furniture—and work it all into the new scheme.”

Those types of adaptations are what Sydnye accomplished for other Maplewood owner resident families, including the Felsenfelds, Cohens, and Penns.

If you choose Maplewood and decide to work with Sydnye, you’ll be in complete control, thanks to the unique ownership advantages of this warm and inviting co-op retirement community.

And if you view your future—and future home—as a blank canvas ready to make as unique as you are, get in touch with the Maplewood Park Place team to start planning your masterful retirement lifestyle and creating your own masterpiece of a home. Click here or call us today at 301-571-7444.

×
Our fitness center features a heated indoor pool and whirlpool, with a full-time lifeguard on duty. (Your children and grandchildren are welcome!) Our personal trainer will help you create a personalized fitness plan, and our weekly classes, from Tai Chi and Zumba to yoga, balance, and water aerobics, will keep you in top condition.
×
Our recently renovated library is a beautiful room, filled with lively artwork and basked in warm southern light. Open 24/7 and well managed by our devoted Library Committee, it provides a soothing ambiance and comfortable places to sit, read, and catch up with your friends. Browse our vast selection of books in hard cover, paperback, and large print. Join the book club for monthly discussions. You’ll even find books written by owner residents, along with an ever-changing selection of magazines, newspapers, audio recordings, CDs, and DVDs.
×

What is Skilled Nursing Care?

A skilled nursing facility is also known as a nursing home. Skilled nursing homes provide typical senior living services, with the addition of a high level of medical care, typically found in a hospital setting.

What is Personalized Memory Care

What is Assisted Living?

Assisted living is for seniors who value their independence, but need some assistance with daily activities, such as bathing, dressing, transportation, and medication reminders. They may live in their own suites or with a companion and are relieved of household chores, such as laundry, cooking, and cleaning.

What is Independent Living?